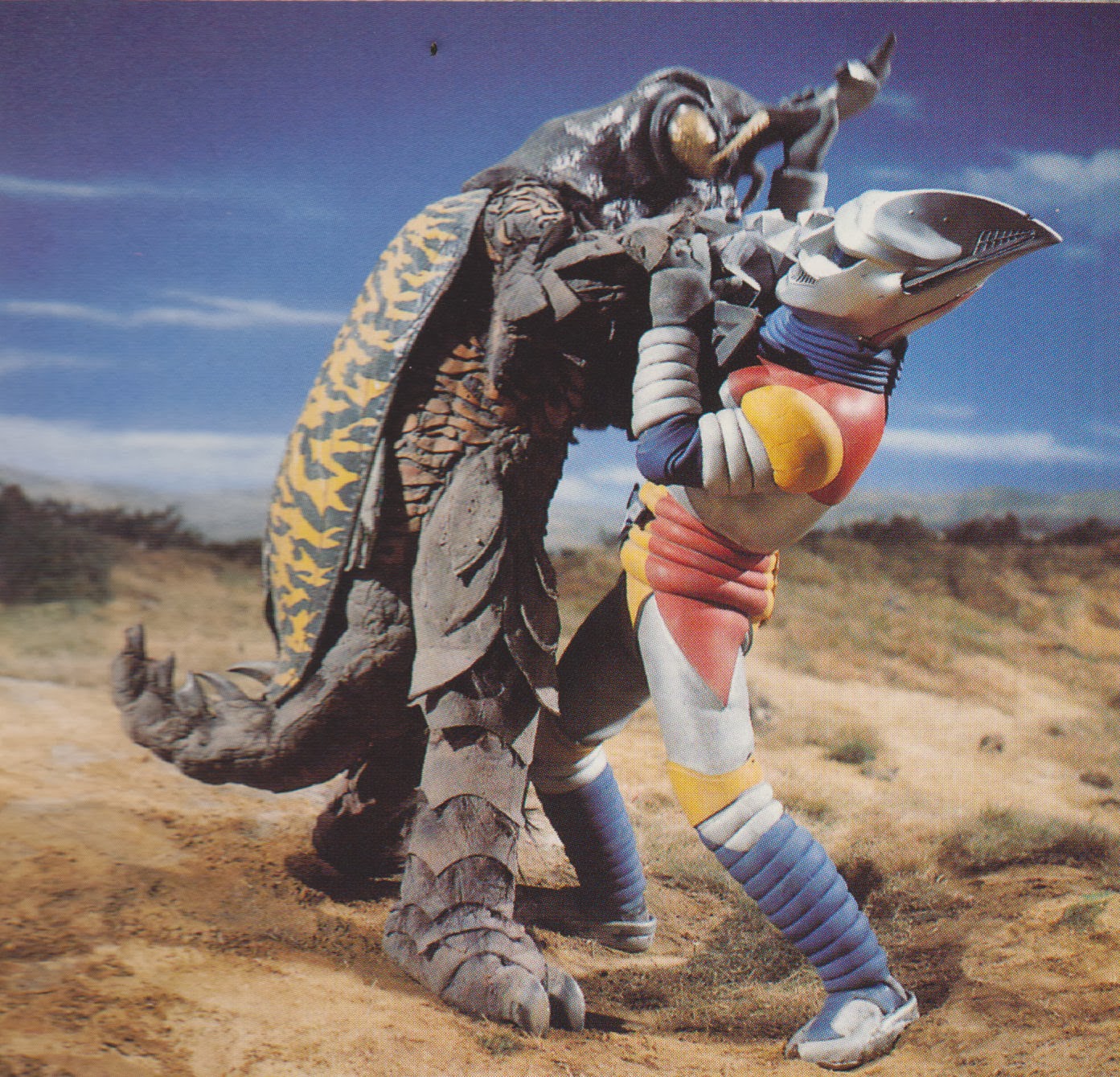 Tonight several of us are going to the newly digitized Lyric Theatre to live or relive the awesomest of the summer’s homages, Pacific Rim! We’ll head to the 21:30 (9:30pm) showing after tonight’s regular discussion meeting.

Now, there are many, many good reasons to see this movie, and to see it on the big screen (here is a shamelessly cherry-picked favorable review by Matt Zoller Seitz), and i’d like to share a couple of my own. They emanate from my own passions, so you may not share them…but, hey, i’m the one blogging today.

Pacific Rim is an unapologetic homage to tokusatsu, in particular kaiju eiga, the genre of Japanese and some other east Asian monster movies that topped out to international renown in the 1960s with such masterpieces as Atragon, Mothra versus Godzilla, and Frankenstein Conquers the World. The talents behind these films drew upon their own experiences during World War II and the American occupation to produce commentaries that were mature enough to condemn the follies of technology and nationalism in the same breath as they called on the scientific and political communities to deliver solutions. It was always international, interideological, or interspecies cooperation that won the day.

Western movie studios have been reluctant to revisit the genre, with TriStar’s unimposing Godzilla waiting a decade to be succeeded by the daikaiju–shaky camera crossover Cloverfield. Both movies were enjoyable, but both completely failed to reach beyond mere awe and wonder, to capture the majesty and reverence that has given kaiju eiga their 60-year staying power. In case you hadn’t gathered, i think that Pacific Rim is the first film to successfully revive this spirit in decades.

I’ve made a habit of patronizing businesses whose impact—on ecologies, on employees, on culture—i support, and it extends dishearteningly to this year’s slate of blockbusters.

The season began with some glaring instances of whitewashing. Though not himself Indian, Mexican actor Ricardo Montalbán brought to the screens a complicated, distressingly sympathetic villain of color; as others have examined in greater detail, the recasting of Khan Noonien Singh both entrenches the near-uniform whiteness of science fiction leads—a genre i wish would challenge more than just my technological preconceptions—and puts an uncomfortably familiar face on the supposed product of the eugenics movement’s greatest “success”—one Gene Roddenberry evidently took pains to disassociate from white supremacy in “Space Seed”. (And Star Trek wasn’t this year’s only mid-century TV serial–derived blockbuster to scrap the historically significant casting of an actor of color.)

Elsewhere in socially conscious cinema, while Ender’s Game is a benign enough story, i find something distasteful about celebrating the contributions to forward-looking fiction of a man who champions such backward-looking programs in reality. Orson Scott Card is not just personally offended by the prospect of marriage equality; he is a board member of the preeminent force for its obstruction.

In contrast, with Pacific Rim we are treated to a global cast sporting secular values, a rare action movie that opts less to beat its chest than to expose its scars, from a director who rejects authoritarianism in favor of a human-focused morality. It’s the first movie in years that has reminded me of my place on this spaceship Earth.

Seriously. If you have never seen a mind-melded Gundam uppercut a potbellied pseudosaur with a freighter, today is the day.*

* Consider this sentence Exhibit A on the fallibility of our cranial memories.